In Memory of AmCham Past Chairman Tom Gorman 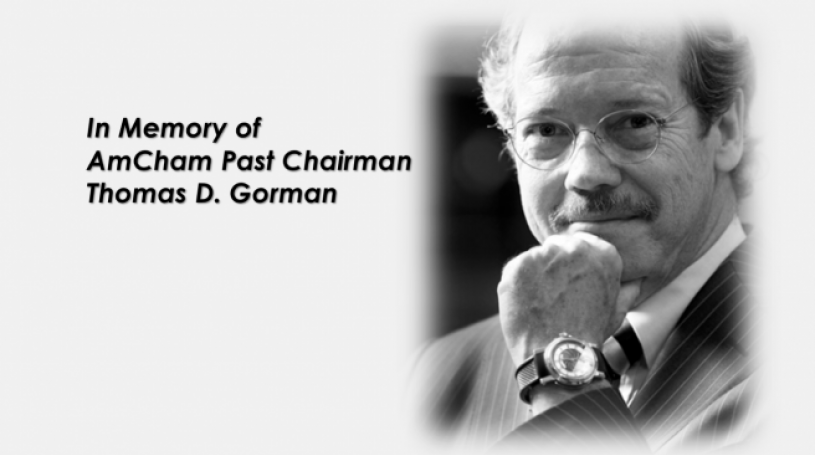 AmCham mourns the death of Past Chairman Tom Gorman, who passed away in Hong Kong on September 11, 2020.

Though a native of Chicago, Tom lived in Hong Kong for 46 years, and along with expert knowledge of regional affairs, had a deep love for the city he called home along with his family.

“Tom was an accomplished businessman, but he also respected and loved for his intellect, genuine kindness and deep devotion to civil society,” said AmCham President Tara Joseph.

Tom was a strong voice for the American community in Hong Kong. Apart from serving as Chairman of AmCham in 1995, he was also board Chair of the Hong Kong International School. He was a member of the EMBA Advisory Group at The Chinese University of Hong Kong, as well as being a member of the Editorial Advisory Board of The China Economic Quarterly, and the Advisory Board of the Research Center for Chinese Politics and Business at Indiana University, just to name a few of his contributions.

A fluent Chinese speaker, Tom served as Chairman and Editor-In-Chief of Fortune China Magazine. He wrote and spoke extensively on doing business in China and the Asia-Pacific region. His “Magazine Publishing in China”, was published in 2004. He contributed a chapter to a book published in 2012 called “My First Trip to China.” Tom’s most recent book, “Hitchhiking to Hong Kong”, was published earlier this year.